NOTE: An interactive tutorial is also available if you do not have a Vault environment to perform the steps described in this guide. Click the Show Terminal button to start. 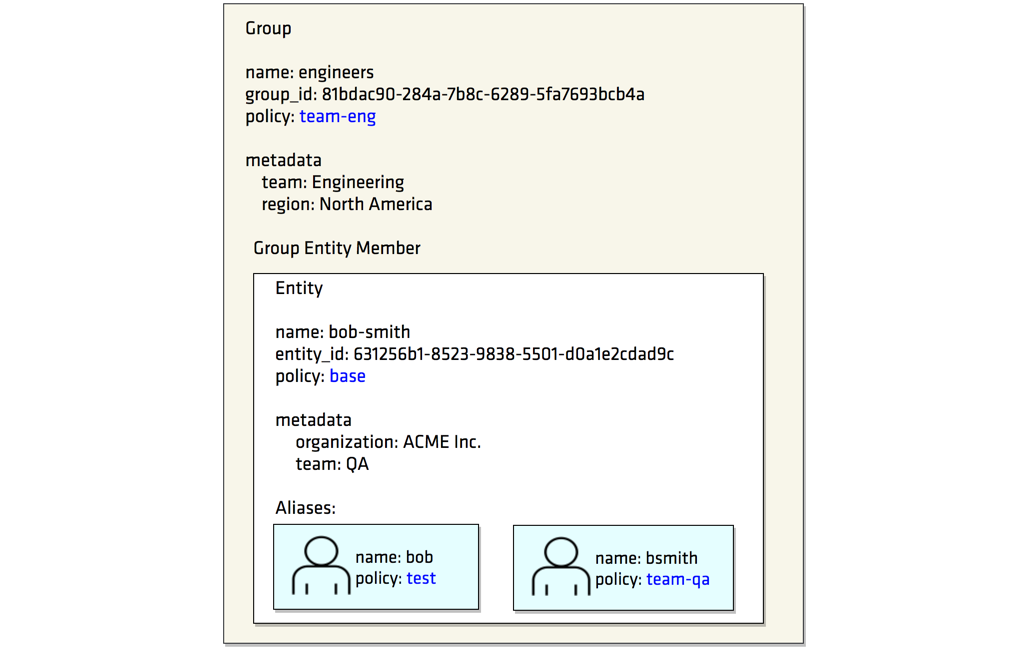 This tutorial focuses on the creation of entities and groups in Vault. Refer to Vault Limits and Maximums to understand the known upper limits when working with Vault Identities.

Back to CollectionAuth Methods
stdin: is not a tty