Vault is a security product responsible for protecting sensitive data and serves as a single source of secrets. The Production Hardening tutorial provides recommendations based on the security model assuming that Vault is deployed on VMs instead of containers. When you deploy Vault on Kubernetes, those best practices are not quite transparent. This tutorial highlights where extra precaution is needed when you deploy Vault on Kubernetes in production.

The following topics are addressed in this tutorial:

The Vault Production Hardening tutorial states that Vault should be the only main process running on a machine to reduce the surface area introduced by other tenants.

Consul Helm chart only allows one Consul server cluster per Kubernetes cluster. This makes Consul available to other tenants on the Kubernetes cluster which undermines the security model for Vault when using Consul as its storage backend. 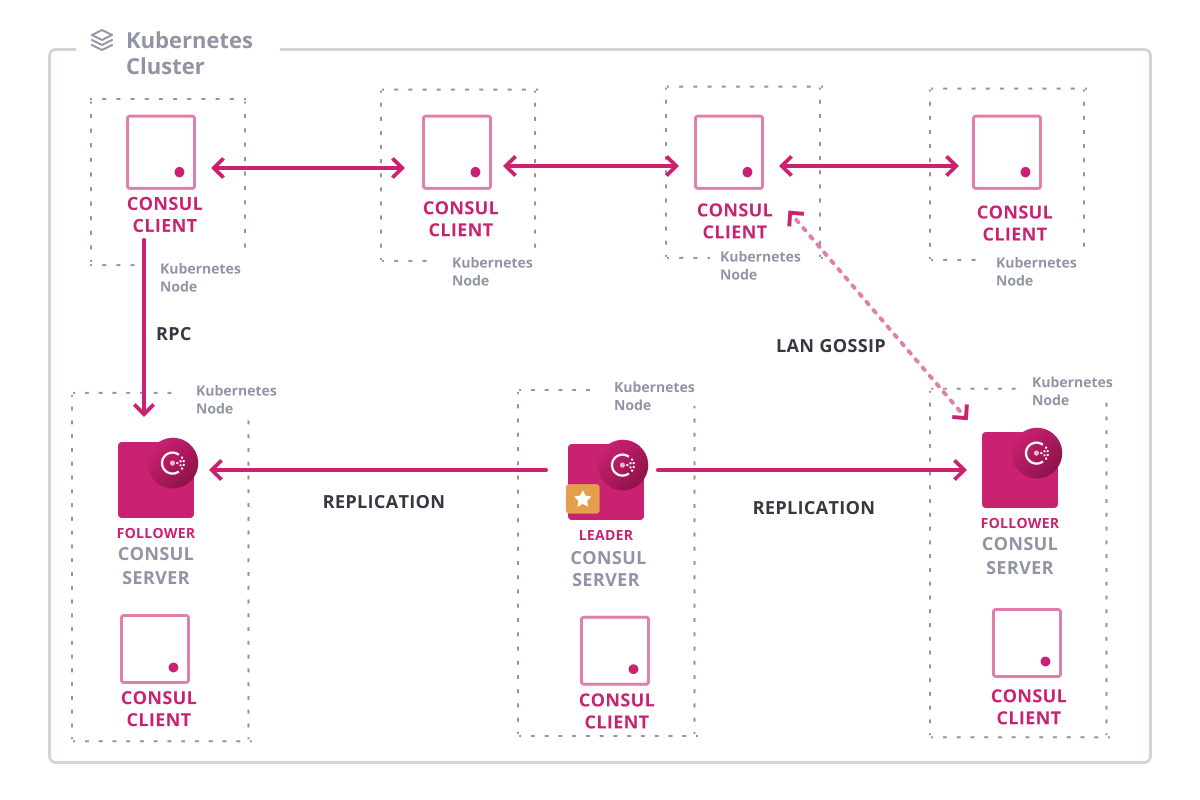 Vault should always be used with Transport Layer Security (TLS) in production. If intermediate load balancers or reverse proxies are used to front Vault, they should not terminate TLS to ensure that the traffic is always encrypted in transit.

Kubernetes uses TLS throughout the system to connect disparate components. However, Kubernetes does not verify TLS connections by default for certain connections, and portions of the codebase include the use of InsecureSkpVerify which precludes verification of the presented certificate.

NOTE: Refer to the TOB-K8S-013: Use of InsecureSkipVerify and other TLS weaknesses for more details.

A user or administrator that can force a core dump and has access to the resulting file can potentially access Vault encryption keys. Therefore, ensure that the process core dumps are disabled inside the container.

Ensure RLIMIT_CORE is set to 0 or use the ulimit command with the core flag (ulimit -c 0) inside the container to ensure your container processes can't core dump.

Memory lock (mlock) ensures memory from a process on a Linux system isn't swapped (written) to disk. Extra care is needed to ensure this is properly configured inside your container and enabled through Kubernetes.

The supervisor process that starts your container should not run as root.

If your container starts as root, the processes that escape that container have root on the node they were started on.

Vault is designed to run as an unprivileged user, and there is no reason to run Vault with root or administrator privileges which can expose the Vault process memory and allow access to Vault encryption keys.

Follow the hardening guidelines and ensure your Vault process is not started as root user inside your container.

Back to CollectionKubernetes
stdin: is not a tty