In Vault High Availability tutorial, it was explained that only one Vault server will be active in a cluster and handles all requests (reads and writes). The rest of the servers become the standby nodes and simply forward requests to the active node.

If you are running Vault Enterprise 0.11 or later, those standby nodes can handle most read-only requests. For example, performance standbys can handle encryption/decryption of data using transit keys, GET requests of key/value secrets and other requests that do not change underlying storage. This can provide considerable improvements in throughput for traffic of this type, resulting in aggregate performance increase linearly correlated to the number of performance standby nodes deployed in a cluster.

Since any of the nodes in a cluster can get elected as active, it is recommended to keep this setting consistent across all nodes in the cluster.

A highly available Vault Enterprise cluster consists of multiple servers, and there will be only one active node. The rest can serve as performance standby nodes handling read-only requests locally. 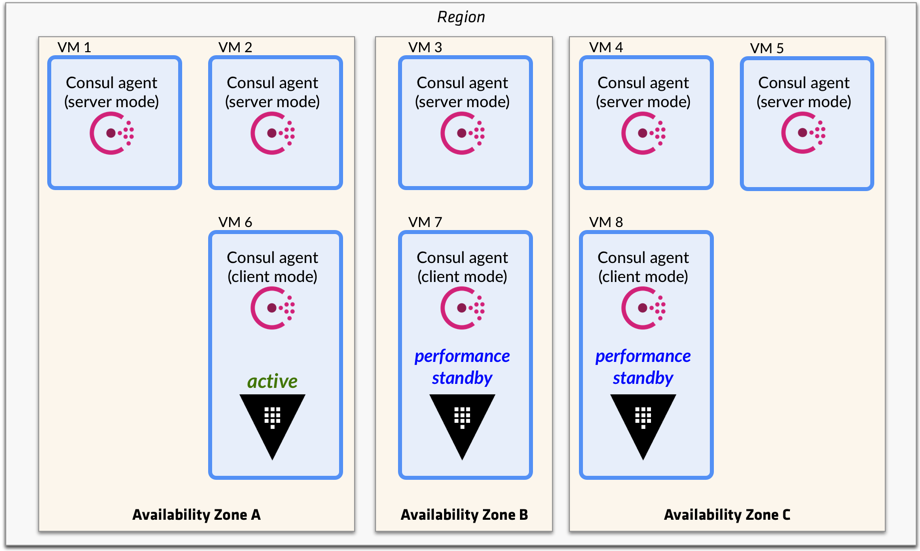 When using Vault integrated storage to persist Vault data, you can add non-voter nodes to scale read-only workloads without worrying about the quorum count. (Non-voting node is an Enterprise-only feature of integrated storage.) 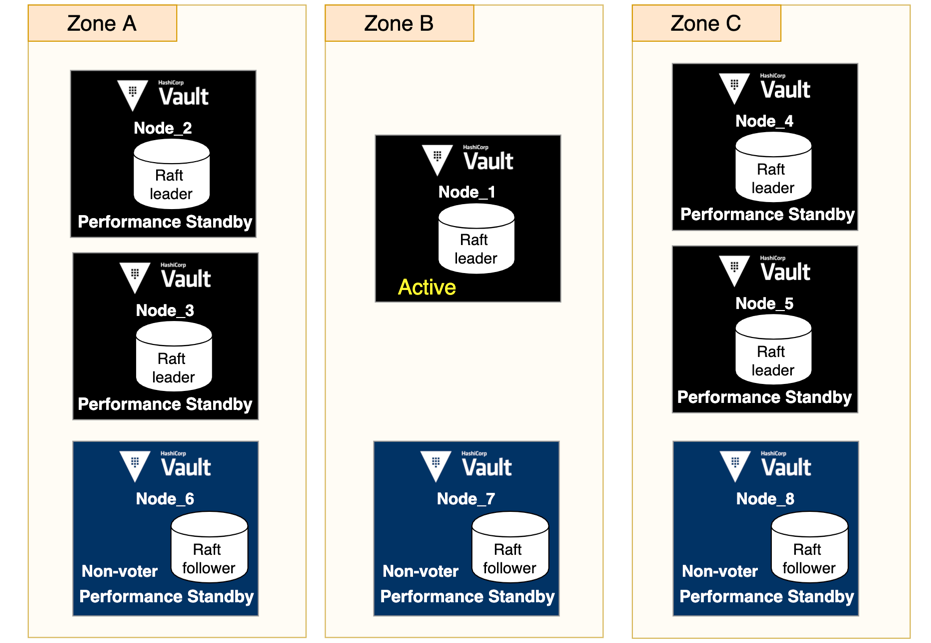 A quorum is a majority of members from a peer set: for a set of size n, quorum requires at least (n+1)/2 members. For example, if there are 5 voting nodes in a cluster, it requires 3 nodes to form a quorum. If a quorum of nodes is unavailable for any reason, the cluster becomes unavailable and no new logs can be committed. See the deployment table.

Back to CollectionVault Enterprise
stdin: is not a tty