Deploying applications in the DevOps landscape can be confusing with so many services, configuration files, and workflows to decode. But as a developer, you just want to deploy.

Waypoint is a tool that enables you to publish any application to any platform with a single file and a single command: waypoint up. Read this page to learn about the high level operation of Waypoint. Then, follow the next tutorials to install, set up, and run Waypoint.

We built Waypoint so you can focus on the thing you love: web application development with JavaScript, Python, PHP, Java, Ruby, or any other language.

The standard Waypoint workflow involves two commands and one file: waypoint init, waypoint up and waypoint.hcl. Waypoint will automatically generate a waypoint.hcl file with reasonable defaults when you initialize it, if your application doesn't have one.

Waypoint's minimal configuration file uses the same syntax you are familiar with in Terraform, but asks you to write very little of it (as few as a dozen lines).

Once you've initialized Waypoint, you can deploy your applications with waypoint up.

Waypoint can build your application into a disk image, deploy it to your favorite cloud platform, and release it to the public. 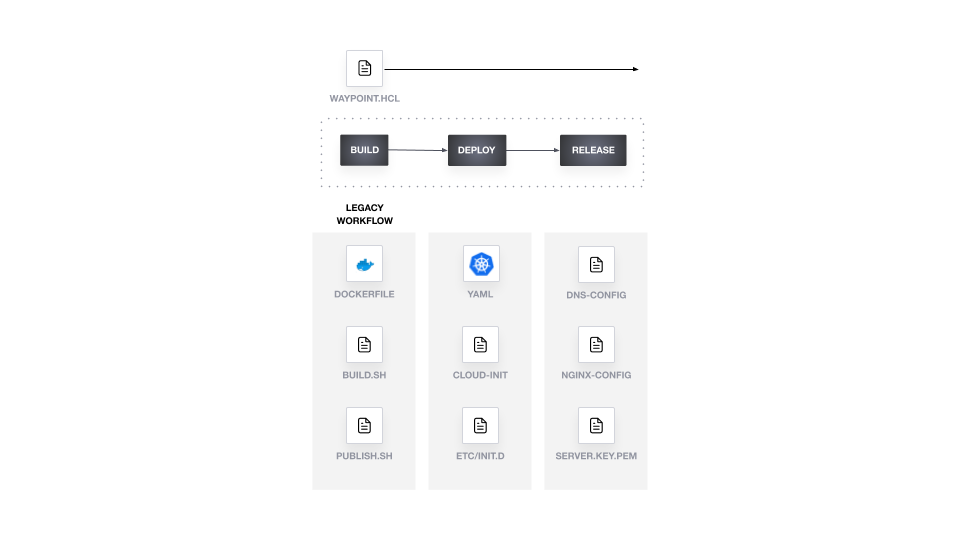 We've designed Waypoint based on what we've learned from years of building developer tools. Waypoint includes hooks so you can easily extend its core functionality. A powerful plugin system connects you to cloud platforms. We know you'll want to include Waypoint in your continuous deployment workflow, so we've built examples for GitHub Actions, CircleCI, and Jenkins.

Install Waypoint to get started!

NextInstall Waypoint
stdin: is not a tty